What Makes an Effective Research Robot

Researchers look at a range of factors when deciding to work with a robot—from ease of use and maintenance to required functionality and capabilities. But the most important factor for a research robot is that it enables the team to focus on the research. 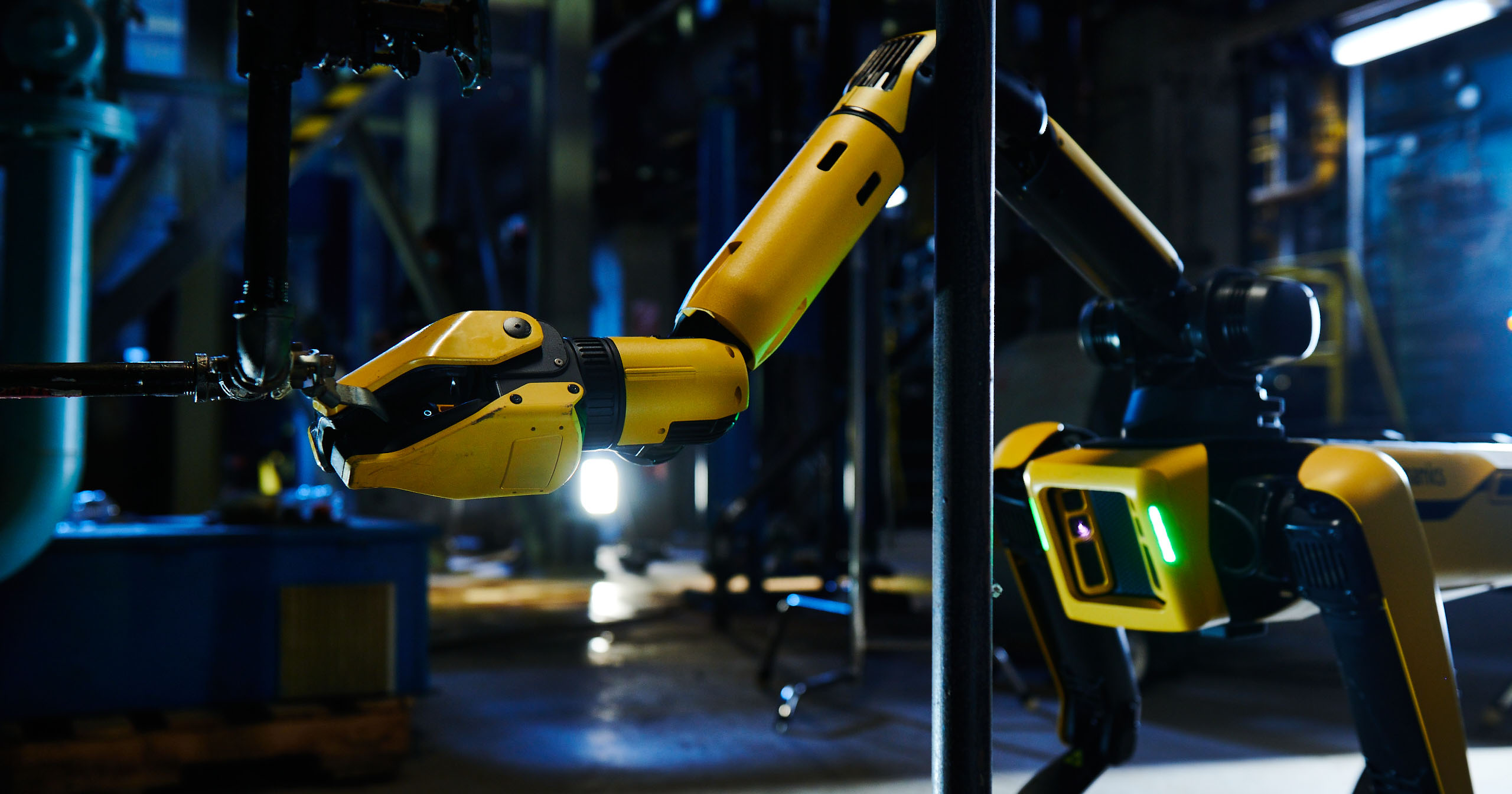 Robots are used for a host of different research topics and applications, from studying human-robot interaction to collecting samples in inhospitable environments to developing new commercial applications of robotics and artificial intelligence. All of these different research goals may require unique capabilities or specifications, but there are some consistent factors for what makes an effective robot in a research context. First and foremost, a research robot needs to serve the research; a robot that is costly or resource-intensive to build, maintain, or deploy takes time, energy, and budget away from a project or lab’s primary goals.

While Spot has been put to work for a variety of commercial applications, it is also widely used in research environments. What makes Spot a good choice for researchers? Its user-friendly design, robust documentation, and advanced mobility make it easy for research teams to develop and deploy Spot on their projects. The robot is a powerful research aid rather than a time-consuming distraction.

Too often, getting a robot up and running—and keeping it up and running—in an academic setting involves a lot of custom work. Research teams end up building custom hardware, power, and control boards, as well as integrating all the sensors and software tools needed for the project. The end result is an expensive, fragile system that only a few people in the lab fully understand how to use and maintain.

By contrast, researchers are able to hit the ground running with Spot. The robot is built to be a user-friendly out-of-the-box platform, with a flexible application programming and payload interface to enable custom configuration for specific research needs. Teams can start working with the quadruped robot right away instead of wasting time simply learning or building particular functionalities. Spot is also rugged and easy to maintain. Researchers don’t need to worry that falls or inexperienced robot operators will cause problems that set back the research.

“It's really made available quadrupedal robots to people who really cannot spend the time or have the expertise in developing those sorts of controllers. To that end, I think that the maturity of quadrupedal robots has been realized, and there are many opportunities that are available as a result.”

“The fact that if you buy it and you open the box, then basically 50 minutes later you have a robot walking around. So the speed at which you can develop stuff is tremendous. And the robustness…the concerns that you don't have when you develop with this robot is really a big advantage.”

If autonomous systems are the base on which to build research systems, they have to consistently function well so teams can focus on producing meaningful results. A robot that struggles to reach or operate in the environment where a researcher is working isn’t very helpful. Too often, wheeled and tracked robots are stymied by stairs or rough terrain. Spot’s advanced legged locomotion allows it to navigate a wide range of complex terrain including in caves and alongside rail systems. Research proceeds faster and with fewer hiccups.

“The clear advantage is the mobility capability. In the laboratory, we have both four-wheeled ground vehicles and aerial vehicles. But Spot has the ability, again, to access different types of environment… it's definitely a more suitable platform to be used, for example, alongside other human-robot interactions, in indoor environments, in a workplace. It can go upstairs, out of the box.”

Sometimes research teams find it difficult to translate promising ideas beyond the lab into real-world applications. Making a robotic innovation repeatable and reliable enough that it can be used commercially is a lot of work. Using a commercially available robot helps speed up the process.

Since commercial industries are already familiar with Spot, bringing the system from lab to field becomes significantly easier. Researchers don't have to reinvent the wheel for industry partners. For one, commercial integrations and applications already exist, meaning that researchers and commercial users can use the same tools. Additionally, some organizations are eager to speed their own R&D process by developing alongside academic partners; these industrial teams contribute resources, site access, and real-world expertise to research projects.

“The opportunity to work with other groups and people using Spot is valuable…Students feel actually connected to the real world of engineering. The work on their degree went from hypothetical to real very quickly, so I am very much looking forward to utilizing those connections and building a sense that the students are participating in real work.”

Working with Spot, researchers can worry less about maintaining a robot and focus more on delivering results. To learn more about why some academic customers got started with Spot, watch our on-demand discussion on Spot for Academia and Research.