As robots become more prevalent in our everyday lives, they require sensors of all sorts to see the environment around them. The combination of cameras, LiDAR and gas sensors play a vital role in informing the robot’s unique perspective.

Although we are all familiar with the five senses humans use to perceive our surroundings, for robots, these senses look a little different. Robots are rapidly becoming more prevalent in our everyday lives which can take a plethora of forms, from industrial applications, to delivery drones to robotic waiters. No matter what the role, these robots require sensors of all sorts to see the environment around them. The combination of cameras, LiDAR and gas sensors, together play a vital role in informing the robot’s unique perspective.

At Chironix, we aim to use robotics to help with logistics in complex and dynamic environments such as those found in mining, defense, oil and gas. We design robots which work with people and allow us to have better information about assets and environments both remotely and autonomously. We believe that with the use of hybrid teams we are able to both increase safety and productivity.

I thought to do a shallow dive into these three types of sensors and explore how they’ve been used in a few real-world scenarios.

The ability to explore one's surroundings visually may arguably be the most useful and familiar form of sensing to us. Cameras allow robots to do exactly what we do with our eyes and can take on many different form factors all which can enable robots to perceive the world around them in different ways. Other than standard visual cameras, robots can utilize specialized camera technologies which can take form factors such as PTZ cameras and stereo cameras.

Pan-Tilt-Zoom cameras (PTZ cameras) describe a form factor which takes a standard visual camera and mounts it on an assembly allowing it to point and zoom its lens towards points of interest. PTZ cameras are extremely useful in the robotics field as they are able to move independently from the robotic platform which they are mounted on, allowing a robot to traverse and look in different directions.

Stereo cameras work on the principle that it is possible to perceive depth by using two cameras with a known distance between them. Much like our two eyes; the two independent image sources can be analyzed and correlated. Stereovision allows robots to determine the size, shape and depth of objects around them.

As an operator of a robot, cameras provide an extremely intuitive form of information about the environment and terrain which your robot is currently in. Robots such as Spot are able to remotely provide a 360 degree view of its surroundings which allows for an extremely high level of confidence when operating Spot.

LiDAR is a form of sensing which uses lasers to determine the surfaces of the surrounding environment. It allows robots to generate 3D maps of physical objects and barriers which may be of interest when navigating unknown spaces providing an in-depth awareness of one's surroundings.

LiDAR works by emitting pulses of near infrared light and detecting the returning pulse to determine the distance between the laser source and the surface on which the laser was reflected back from. The distance is calculated by timing the amount of time it takes for the laser to rebound off the surface and back to the detector. Since the speed of the laser is known, it is possible to calculate the distance the beam traveled to a high level of precision.

One of the benefits of this form of sensing, is that LiDAR can work in complete darkness since it does not rely on external sources of light like traditional cameras do. At Chironix we use LiDAR on almost all our platforms as it is an extremely reliable source of data which can be used for navigation and obstacle detection. An array of LiDARs can also be used on larger vehicles that require more coverage around their perimeter. 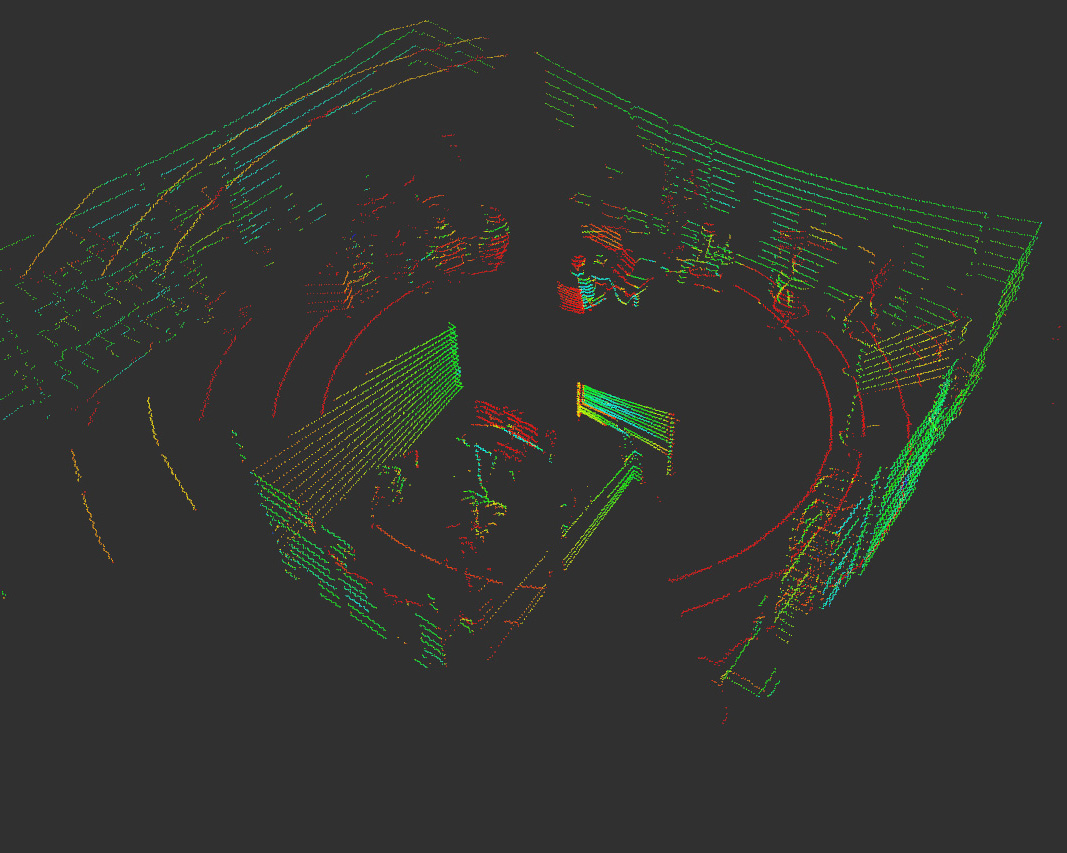 Perceiving the environment around us does not only describe what we can see. The ability to smell can alert us to dangers which are invisible to our other senses, especially when we as humans aren't able to detect some of these invisible gaseous risks. Similarly robots can use gas detectors and sensors as a tool to learn about what is going on in an environment. Gas detectors can be used to detect substances which can be dangerous to people.

Robotic “noses” come in four main forms: Electrochemical, Catalytic, Photoionization, and Infrared. The ability to detect vapors and gasses present remotely is an extremely attractive feature in industries where hazardous chemicals and gases are a risk.

Chironix works heavily with mining, defense, oil and gas industries. Gas risks can come in the form of such as explosive gases, low oxygen levels, and can even detect small traces of hazardous vapors. Our hybrid-team approach takes people out of the possible exposure to these hazardous conditions which could be vital to safety.

Although these senses don’t all match the types that we have, they’ve been developed to help us integrate robots into our human-environments. It’s because of these sensors that we don’t have to create specialized infrastructure everywhere we want to use a robot and we can send that robot to places not safe for humans.

Chironix is a software development company specialized in the integration of robots into businesses across Asia-Pacific. Through our expertise in robotics and automation in complex environments, Chironix is making work safer and more efficient for businesses in the mining, defense and oil and gas sectors. Partners like Boston Dynamics and robots like Spot enable us to work across different terrain and develop for complex environments.

Spot is a highly customizable platform. Between Boston Dynamics payloads and our robust partner ecosystem, we have the right sensors to meet the needs of your unique application.