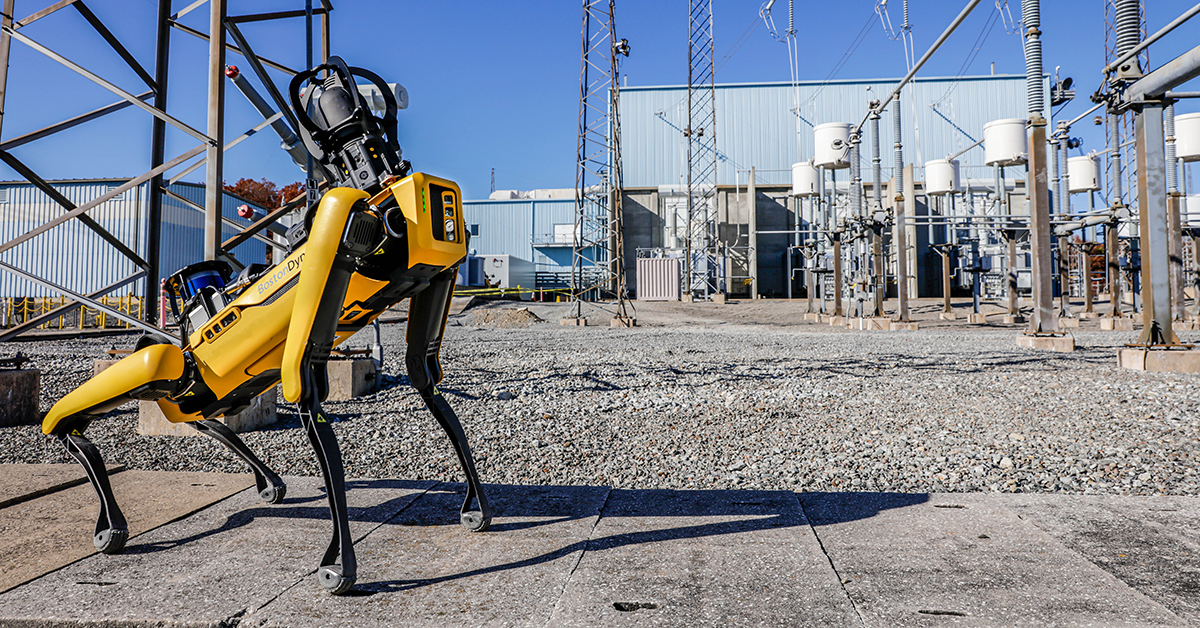 With advanced perception, manipulation, and intelligence, agile mobile robots make operators’ work safer and simpler—enabling them to focus on problem solving rather than data gathering. For an innovations group exploring how the latest technology can impact your business, implementing mobile robots has the potential to be a big win—for your team, for operators in the field, and for the organization at large.

But the process of taking innovations from ideation to operation is easier said than done, even for the best teams. It takes bold vision, clear goals, and a dedicated team with the right skill set to develop and integrate a solution, as well as access to a real site for testing.

Since launching Spot over a year ago, we have worked with hundreds of companies as they brought Spot onto their sites, helping them create valuable workflows with transformative potential. We learned what it takes to successfully deploy agile mobile robots in the real world.

One lesson learned is that buy-in from the top is crucial to unlock key resources for deployment. Executive support helps secure the necessary budgets, capacity, and access without disrupting operators on the ground—it’s step one for implementing mobile robots at scale. Having a methodical approach to engage key stakeholders early in the process makes getting that high-level support simple—and makes it that much easier to implement game-changing automation.

This process starts with identifying the various opportunities for Spot at your organization.

Consider your possible applications for mobile robots. You might want to automate inspections in unsafe environments—sending the robot in with sensors to operational manufacturing cells, underground mines, nuclear plants, or other places that are hazardous to human inspectors. You may want to automate repetitive tasks like 3D scanning or gauge readings. Or maybe it’s hard to get critical staff on site and you want a robot to serve as your eyes, ears, or even hands on the ground.

Once you’ve identified some target opportunities, the next step is to map out the direct and indirect ROI for each use case. The direct ROI is the one-to-one savings generated by the project. For example, reducing radiation dosage in a nuclear plant or reducing travel to remote sites.

Indirect ROI is the waterfall effect of more efficient and effective processes as a result of the project. These are often harder to quantify, but offer large and lasting impact.

This doesn’t need to be an elaborate or formal process at this phase. It can be as simple as brainstorming with your team on a whiteboard. The goal of this process is to lay out applications and the associated ROI, so you can start narrowing down the options and identify the use cases that will entice executives, result in value, and set your team up for success.

Once you’ve identified your possible ROI drivers, the next step is to hone in on the use cases that will provide the best outcomes—both in terms of theoretical value and practical achievability. The goal is to start focusing on applications that are both compelling and realistic. Brainstorming can turn up a lot of avenues for value; you want to avoid getting bogged down by competing priorities or derailed by pie-in-the-sky wishlist items.

From these core use cases, you can then create a specific value hypothesis. This hypothesis should summarize the primary use case and the direct and indirect ROI in a format that’s easy to present to your leadership team.

As you formulate your value hypothesis, think about next steps to test and measure your hypothesis. What resources will you need? How can you measure success? How long will it take to see measurable ROI? You don’t need an exhaustive test plan, but you do need to know what resources to ask for.

These resources include the material needs for your, such as:

Executive buy-in also gives you access to more intangible resources. For example, getting a good project manager with executive trust on the team empowers you to set reasonable deadlines and expectations for results. Similarly, corporate leaders can help you get the visibility you need to work across silos and identify additional opportunities.

Once you have your hypothesis, it’s time to make your case to the executive team. Identify the executive stakeholders and champions for your project. Depending on your organization this may include the members of the c-suite such as the COO, CIO, or CTO, as well as leaders in safety, maintenance, and operations. The goal is to tell a clear story about why Spot is useful and how it can scale across your organization.

It’s particularly helpful if you can relate your pitch to big picture company goals, priorities, or initiatives. Common, perennial goals might include safety initiatives, reducing operations and management budget (O&M), improved uptime in manufacturing, and operational efficiencies that support production or revenue targets.

Additionally, some of the most common executive concerns are around potential payback on the innovation and how long it will take to see that payback. As a result, it’s vital to plot out the steps to implementation and be prepared to talk through the process. Having a clear value hypothesis, an initial pilot plan, and target timeline or schedule helps the executive be comfortable with where and when they will start to see some form of results.

The Boston Dynamics team has worked with numerous innovation teams to move them from pilots to proofs of concept with Spot. Talk to our sales team to learn more about how we can help you take the steps toward implementing Spot in your business processes.